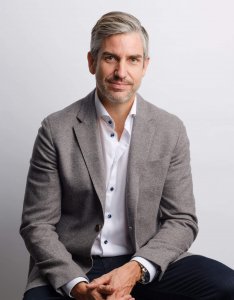 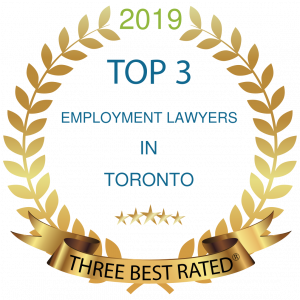 David A. Whitten is a highly sought after lawyer with expertise in employment law and is a senior partner at Whitten & Lublin, a Toronto-based employment law firm focussing on the strategic resolution of complex workplace issues and challenges for both employers and employees. David specializes in advising clients on constructive dismissal in the workplace.

David also places great stock in flexibility and finding solutions through negotiated resolution. However, he is also a tenacious litigator. He has appeared before all levels of court in Ontario and a range of tribunals, including: The Ontario Labour Relations Board, Ontario Human Rights Tribunal, The Workplace Safety and Insurance Board and Workplace Safety and Insurance Appeals Tribunal.

For private and public sector employers, he has provided knowledgeable counsel on a broad range of issues, including: constructive dismissal, workplace safety, and insurance, employment standards, human rights, hiring, terminations, involuntary and voluntary buyouts, and common law obligations in Canada.

While David advises employees at all levels, he focusses on issues specific to the C-Suite. He is broadly experienced at crafting and negotiating executive employment and compensation agreements; severance packages; non-competition and non-solicitation contracts, as well as agreements related to post-employment obligations; incentive plans stock options; bonus compensation, and fiduciary obligations. David has developed a specialized approach to dealing with constructive dismissal in the executive suite that has assisted his clients to recover millions of dollars in severance.

In 2013, Lexpert named David A. Whitten as a litigator to watch in its US Guide to Leading Cross-border Lawyers. Since 2015, David has been named by Lexpert as a repeatedly recommended leading practitioner. He also co-authored “HR Manager’s Guide to Independent Contractors in the Workplace” which was published by Carswell.

David’s expertise and straight talk are widely recognized in Toronto media circles. His viewpoint has been sought by The Toronto Star, The Globe and Mail and The National Post, and he has commentated on employment issues in interviews with CBC Radio One’s, Here and Now, and News Talk 1010. He is also frequently asked to speak on employment issues by The Human Resources Professional Association, The Canadian Payroll Association and the Certified General Accountants Association of Canada. He is also the chair of the Human Resources Professionals Association (HRPA) Annual Law Conference.

David graduated from The University of Toronto with a Bachelor of Arts Degree (political science). He completed his law degree at The University of Windsor in 2001 and was admitted to the Bar of Ontario in 2002. He completed the certificate program in Intensive Trial Advocacy offered through Osgoode Hall in 2005. Memberships include: The Advocates’ Society, The Canadian Bar Association, The Royal Canadian Legion and The Cambridge Club.

Click on the links below to view articles or listen to shows featuring David A. Whitten’s commentary:

The following are David’s upcoming and most recent speaking engagements:

David A. Whitten can be reached at david@whittenlublin.com.

“David Whitten kindly took over contract review and negotiations when I switched investment banks. David is truly a master of his craft and an expert. He is also incredibly reachable and responsive. As a fellow lawyer, I truly appreciate his expertise and professionalism and would fully recommend him to anyone else in a similar situation.”