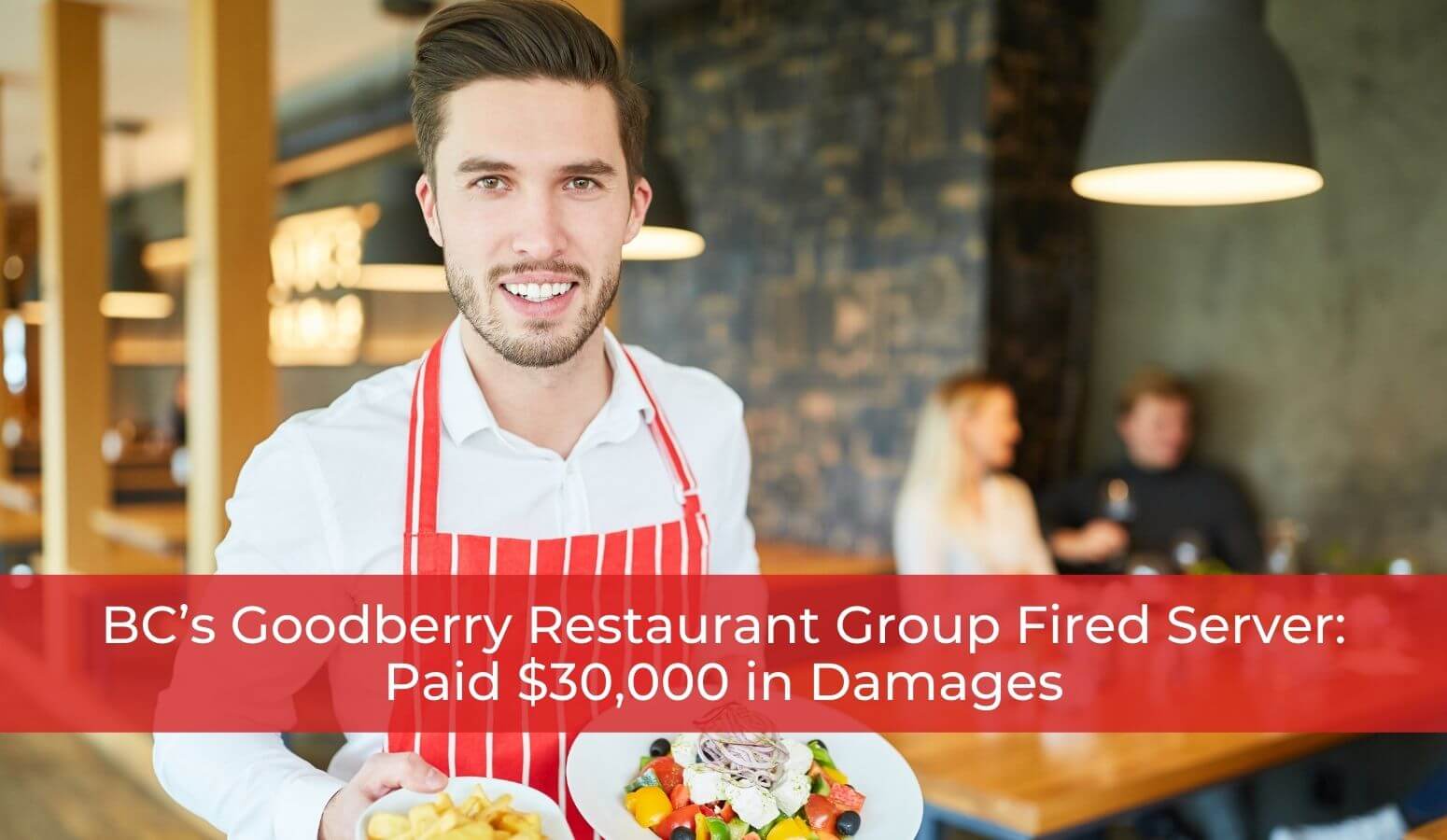 The B.C. Human Rights Tribunal (BCHRT) awarded a former gender fluid and non-binary server at a Goodberry Restaurant on BC’s Sunshine Coast $30,000 after their repeated requests to be identified by their correct pronouns in their workplace led to their wrongful dismissal.  The former server, Jessie Nelson, alleged that one coworker, in particular, Brian Gobelle, persisted in misgendering them and that the restaurant’s management’s response did not respect their human rights, in particular, Section 13 of the BC Human Rights Code.

When they were hired, Jessie Nelson impressed upon Mr. Kingsberry, the Director and General Manager of Goodberry Restaurant, that it was of the utmost importance to them that they be identified correctly at work. Mr. Gobelle, the Bar Manager, referred to Nelson using she/her pronouns, as well as other condescending nicknames with female connotations, and refused to make drinks for and mishandled drink orders for Nelson’s tables.  Nelson asked Mr. Gobelle to use their name if he could not use their pronouns. Mr. Buono, the restaurant’s Director and Executive Chef, and Mr. Kingsberry also intervened, asking Mr. Gobelle to refer to Nelson correctly. Nelson was concerned about the impact this would have on their performance and spoke to Mr. Kingsberry about this, along with their ongoing issues with Mr. Gobelle. Mr. Kingsberry reassured Nelson, saying that he would speak with Mr. Gobelle, but not immediately, as there were other issues with Mr. Gobelle’s performance that needed to be addressed first.

Nelson approached Mr. Gobelle again and spoke to him directly about using their correct pronouns. Mr. Gobelle responded dismissively, and what Nelson had intended to be a constructive conversation turned into an argument in which Nelson placed a hand on Mr. Gobelle’s upper back and called him “sweetie”, as he had repeatedly called them. Mr. Kingsberry phoned Nelson a few days later to terminate them from the Goodberry Restaurant. He spoke vaguely, stating that they were not a good fit and were too “militant”, and made no mention of the conflict with Mr. Gobelle or Nelson’s performance.

Devyn Cousineau, the Tribunal Member presiding, asserted that it is not the intentions, but the impacts, of certain actions that human rights tribunals concern themselves with. Cousineau found it significant that Mr. Gobelle was being deliberately insensitive when misgendering Nelson at the Goodberry Restaurant. She also found it significant that the nicknames Mr. Gobelle used had a history of reinforcing a gendered hierarchy, and thus the intended effect of their use when referring to Nelson was to reinforce the fact that Mr. Gobelle perceived them as female.  In addition, Mr. Gobelle also resented Nelson’s attempts to increase trans inclusion at the restaurant, which manifested in him disrupting their workflow. Cousineau found this discriminatory behaviour to be directly linked to Nelson’s gender identity, which was in violation of the Code.

Cousineau found that management at Goodberry Restaurant did not respond to Nelson’s complaints with the requisite urgency, and that management never advised Nelson that they would mediate the conversation between Nelson and Mr. Gobelle, as management alleged.  She stated that Mr. Gobelle’s duty not to discriminate against a coworker should have taken priority over any performance issues.  As per Robichaud v. Canada (Treasury Board), [1987] 2 SCR 84, employers are responsible for ensuring healthy work environments.

Cousineau also found that Nelson’s gender identity was at least a factor in their termination.  It was undisputed that the tension between Nelson and their coworkers was due to their pronouns and their attempts to make the workplace more inclusive.  Cousineau found that management at Goodberry Restaurant thought it would be easier to terminate Nelson than to address discrimination in the workplace. She rejected management’s arguments that Nelson’s actions amounted to insubordination, because they approached Mr. Gobelle in full view of Mr. Buono and Mr. Kingsberry, who did nothing to intervene.  When the situation escalated, management made no effort to mediate.

Cousineau found the respondents, Buono Osteria, Mr. Gobelle, Mr. Buono, and Mr. Kingsberry, jointly and severally liable for $30,000. She also ordered Buono Osteria to amend its workplace policies with a provision that indicates employees’ right to be addressed by their correct pronouns and to arrange for mandatory training for all employees and managers about human rights in the workplace.

This decision demonstrates that preferred pronouns and gender identity are squarely covered under gender protections in the Code. Employers should be advised against delaying attempts to deal with discrimination in their workplace because these issues create toxic work environments that give rise to irreconcilable and uncontrollable conflicts. Gender identity is a fundamental part of what it means to be human, and everyone is entitled to determine how to represent their identity in the workplace. This is a sign that human rights tribunals will take misgendering at the workplace as seriously as discrimination against women where only traditional notions of gender are at play.  In both situations, traditional gender norms are being enforced against people who cannot find a fit for themselves within that framework. The BCHRT has demonstrated that human rights legislation does not fail to protect those people.