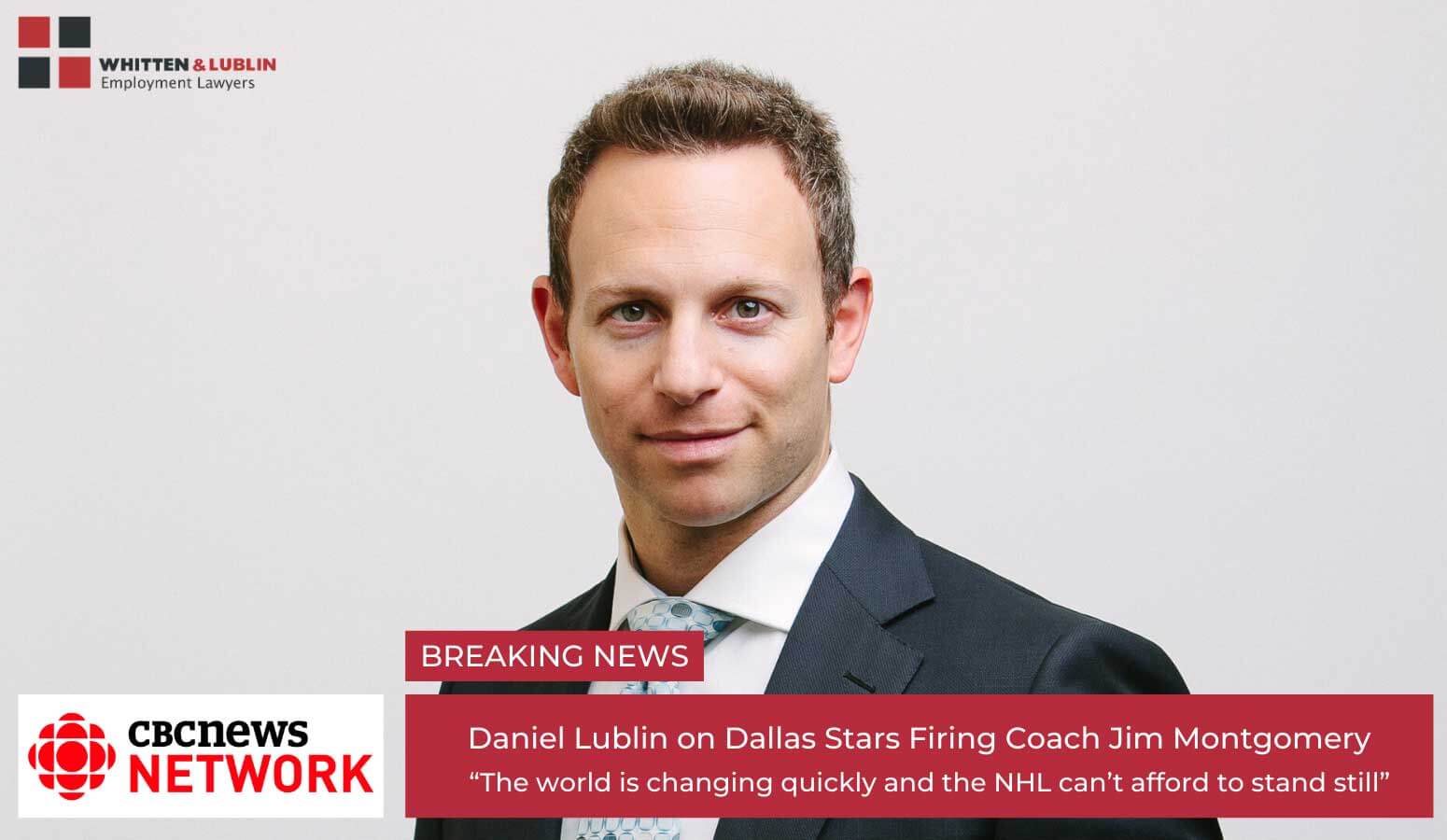 Daniel Lublin, a partner, and an employment lawyer at Whitten & Lublin Employment Lawyers chats with CBC News about the firing of Dallas Stars’ coach Jim Montgomery.

Daniel Lublin, “The world is changing quickly, and the NHL can’t afford to stand still”

Another top coach has gone over misconduct allegations, second in just two weeks. Jim Montgomery of Dallas Stars was abruptly fired yesterday. The reason for the firing is unknown, however, the firing comes just after the hockey league promised to bring the hammer down over misconduct.

Employment lawyer, Daniel Lublin, says that the team likely had no choice. “It was likely that something happened in his personal life, which if and when uncovered, would reflect poorly on him and on the team.” Dan continues to add that, “NHL should have been dealing with these issues years ago. Players sign contracts, there’s a union, they are paid wages for the work they perform, but none the less it is a workplace. And like any other workplace in Canada and the US, there must be rules around the treatment of the employees.”

Nill says the firing isn’t related to any current or former player, or team employee, and says no criminal investigation is underway.