Salesforce and Amazon Layoffs in Canada 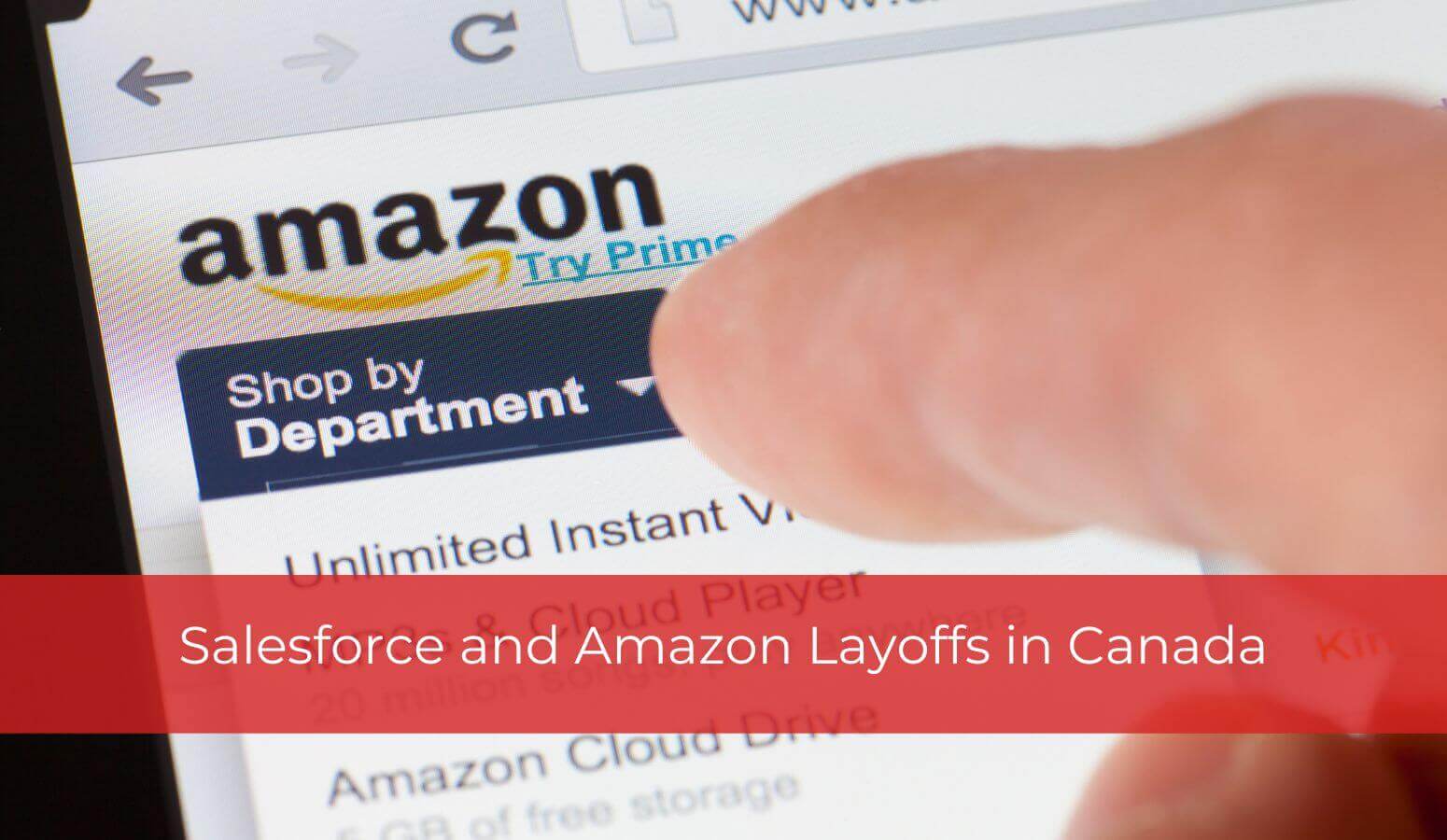 More large technology companies have recently announced mass layoffs and terminations amid a slowdown in the sector. Salesforce has declared that it will be cutting 10% of its work force and even will close some offices, after rapid pandemic hiring has left it with what it described as “too many staff” in a letter sent to employees. It is unclear how many Canadian employees would be affected. However, there are approximately 1800 Canadian workers for Salesforce at offices in Toronto, Vancouver and Halifax.

Similarly, Amazon announced today that its previously stated workforce reduction (i.e. mass layoff) will increase to more than 18,000 jobs. The terminations are expected to be communicated to Amazon employees starting on January 18th, 2023.  Canadian employees at Amazon are expected to be affected.

The technology industry has seen a large pullback in recent months with companies including Meta/Facebook, Twitter, Microsoft and now Amazon and Salesforce all announcing large scale employee layoffs.

Salesforce has announced that it will offer generous severance packages to workers who are dismissed as part of the restructuring. But what does that actually mean for workers in Canada and should they assume that Salesforce’s packages will actually be fair in the eyes of the law?

Daniel Lublin, the Globe & Mail’s Workplace Legal Expert, recently published a primer on severance laws for workers facing mass layoffs. One of his top tips for workers is not to assume that companies will offer them the severance they are entitled to from the get-go. Here are the highlights for workers to consider if they are facing layoffs:

Any form of permanent layoff or restructuring resulting in a lost job is technically a termination without cause. This requires employers to comply with employment standards statutes, which provides workers with a minimum period of notice of termination and in some cases additional severance pay. The amounts are calculated based on tenure and range up to eight weeks’ notice or pay for most workers, although in Ontario this can be as much as 34 weeks’ pay.

Increasingly, workers are signing employment agreements that purportedly operate to limit their entitlement to severance. Courts will adhere to these contracts, but only if the agreement is properly drafted, fairly implemented and worthy of being enforced. Only a handful of contracts will meet this test. If a company is relying on anything a worker signed that allegedly limits his or her severance, ensure that an expert takes a very close look. Companies routinely rely on clauses that are illegal or should not be enforced.

Workers in Canada without a contract that defines severance are entitled to a severance package that goes beyond the basic statutory amounts. There are various factors that are taken into consideration, including:

Older age and longer tenure translate to more severance. Similarly, senior, high-level or unique and skilled workers have greater severance entitlements than workers where comparable jobs are more readily available. Severance packages generally can range as high as 24 months for the most senior or long-tenured employees. But even short-term employees can be entitled to a severance package that greatly exceeds the statutory amounts.

How does being terminated during a labour shortage, or conversely during a recession, affect your entitlement to severance? The availability of comparable employment is an important factor. If there is a general downsizing in the industry or mass layoffs, finding other work is made more difficult and this should increase your entitlement to severance. Alternatively, if you work in a field or profession where other employment is plentiful and easy to find, then this would naturally reduce your need for a lengthy payout.

Also, court cases have found that an employer’s economic hardship does not affect the severance payable.

If a number of employees were let go as part of the same mass restructuring, it does not mean that they are all entitled to the same severance package. The amount and terms of any severance should always be based on your individual circumstances, such as your age and tenure, and often has nothing to do with what others may or may not have received or agreed to.

Most severance packages should be calculated based on all of the compensation and benefits a worker earned while employed. This includes commissions, regular bonuses, profit-sharing payments, perquisite allowances, benefits, incentive programs or any other tangible and consistent payment beyond your base salary. This is one of the main areas where many severance packages are deficient. Employers will sometimes discontinue or discount some element of total compensation in an unreasonable way.

What should workers do if they were recently dismissed? Here is a simple pocket guide:

If you are terminated as part of a mass restructuring or layoff at Salesforce, Amazon or any other large technology company, our lawyers at Whitten & Lublin Employment Lawyers can assist you to understand if your severance package is reasonable or fair and what steps you can take to ensure that you obtain what you are legally entitled to. Contact us today online or call us at (416) 640-2667.