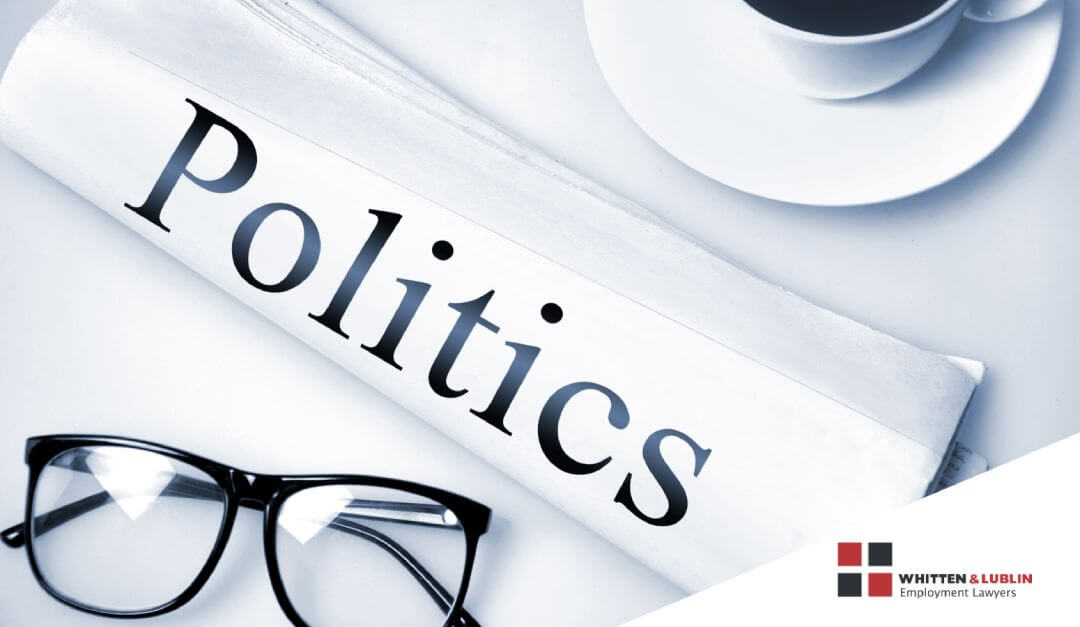 With the Canada Election 2019 approaching, employers would be wise to understand their rights and obligations when it comes to talking politics at work.

First of all, in Ontario, it is not considered workplace discrimination to prohibit or punish someone for talking politics at work and expressing their political belief or opinion. However, that is not the case in all jurisdictions; in fact, most other provinces and territories cover political beliefs in the workplace in some way or another. It could be argued that the category of “creed” – which is a prohibited ground in Ontario’s human rights legislation – protects people who are found talking politics at work, but this argument has yet to succeed. Despite this backdrop, firing an employee for discussing or expressing their political beliefs at the workplace – even if it conflicts with the company line or the views of its directing mind – is still very likely a wrongful dismissal if you do not provide fair severance owing to the employee. And even if you do, the company could be found liable for “bad faith” conduct for doing so, thereby risking additional damages in a court case.

Employers should also be aware that they have to provide time off to vote during Canada Election 2019.  By law, everyone who is eligible to vote must have three consecutive hours to cast their vote on the election day. If your hours of work do not allow for three consecutive hours to vote, your employer must give you paid time off to do so – though the company gets to decide what hours to give the employee on the day of Canada Election 2019. Employers risk potentially serious punishments for violating this rule, which is enshrined in the Canada Elections Act.