When does a consensual workplace relationship become an employer’s business? 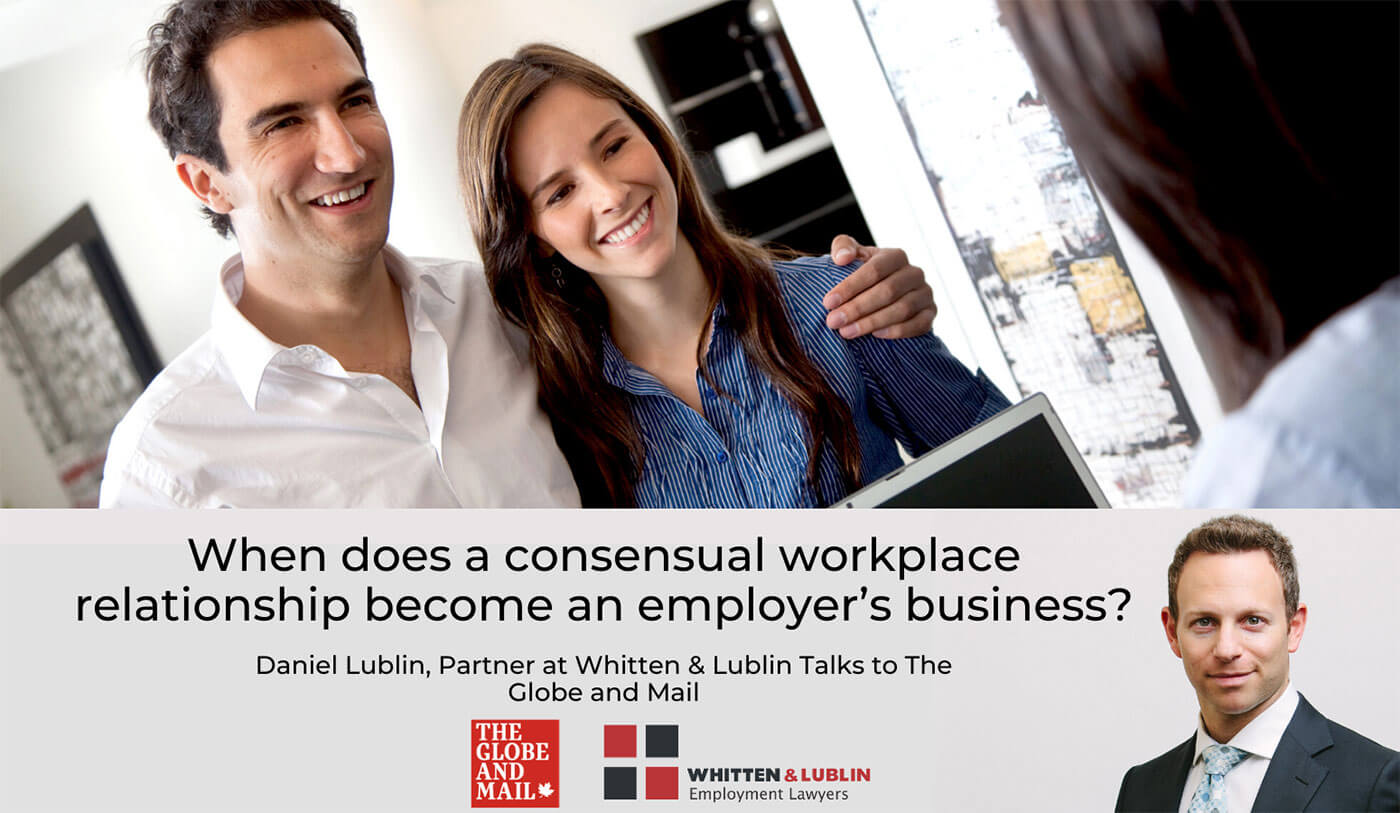 DANIEL LUBLIN, SPECIAL TO THE GLOBE AND MAIL

Office romance, even when it is a consensual workplace relationship, can ignite workplace disputes and sexual-harassment complaints. This is especially problematic when one party to the relationship is the other’s manager. For these reasons, many companies are making workplace romance their business by establishing policies prohibiting intimate relationships among co-workers. Employees who cross or blur those lines may put their jobs at risk.

McDonald’s Corp. recently enforced such a policy, publicly dismissing its chief executive last month owing to his relationship with a subordinate, even though it was a consensual workplace relationship. The company’s policy prohibits dating or any sexual relationship between employees who have a direct or indirect reporting relationship. When McDonald’s learned that its most senior employee disregarded that policy, it was left with no choice but to terminate him.

A manager at a manufacturing company in Guelph, Ont., was fired in 2006 for engaging in sexual relationships with two female subordinates for more than a decade. Early on in his tenure, the manager had dated a married colleague whose husband also worked for the company. When the husband learned of her affair, he complained to the owner. The manager was moved to another plant and warned that if he engaged in similar conduct with female employees again he would be dismissed. But he was not deterred.

Several years later, he starting dating another subordinate employee that he met at work. The two were often intimate, sometimes in his office and other times in their cars over lunch hour. When her husband eventually learned of their sexual gymnastics, he too complained to the company.

The manager conceded that he was again participating in an affair with a subordinate, but he declared that it was not wrong. He claimed that because their relationship was voluntary, it was acceptable conduct and none of his employer’s concern. However, he was sent packing. He later sued. The judge who heard the case was highly critical of him. The relationship was consensual, but it was inappropriate nonetheless. He was a senior manager and his subordinate recently arrived from Vietnam, which made her vulnerable to him, according to the judge. The manager ought to have known better after the first incident but he just didn’t get it, ruled the judge.

I am often consulted by executives and other employees who want to understand their obligations to their employers when they start dating subordinates at work. The majority of these cases are men who choose to date their assistants or other, more junior employees. They all worry that it may end badly, which is precisely what brings them to consult with me in the first place.

By itself, dating a colleague is not cause for dismissal. However, it becomes a concern when there is a policy against it.

An employer has the right to disseminate any rule that it chooses. Therefore, even a consensual workplace relationship could amount to cause for dismissal without any severance if it is in violation of a decree. This will depend on how clear the rule is and whether it is consistently enforced. As well, courts will consider the seniority of the employee in question, whether other employees in the workplace became aware of the transgression and the nature of the company’s business, among other factors.

Where there is no policy condemning workplace dating, I still often counsel employees to disclose to human resources a relationship with a subordinate and even sometimes a peer. The onus is then placed on the company to determine what steps should be taken, if any, to ensure there is no conflict of interest and to limit the possibility of a future human-rights complaint should that relationship end poorly. Once the company is made aware and fails to censure the relationship, it becomes much more difficult, if not impossible, to later assert that employee acted improperly.

Finally, it is imperative that employees avoid even the appearance of retaliation as Canadian human-rights tribunals are quick to award damages for sexual harassment if there is any evidence that an employee was treated in a substandard manner after an intimate relationship ends. Hurt feelings and residual blowback are common once a relationship falters, and the perception of mistreatment becomes a common human-resources or human-rights complaint. Not surprisingly, my office handles more retaliation cases than any other claim.

Daniel A. Lublin is a founding partner of Whitten & Lublin, Employment & Labour Lawyers.

This column is part of Globe Careers’ Leadership Lab series, where executives and experts share their views and advice about leadership and management.