Workplace Age Discrimination is on The Rise 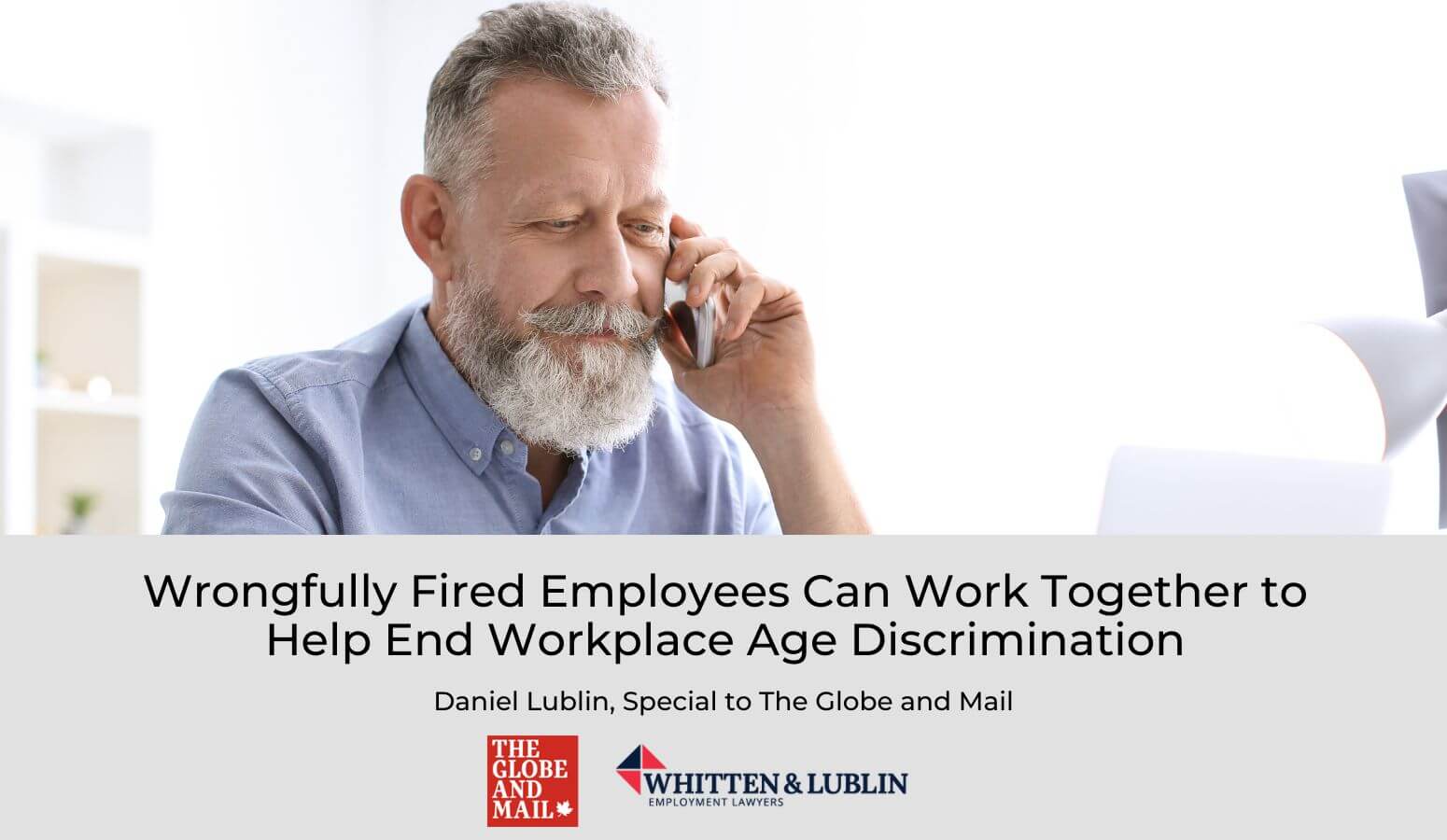 Workplace age discrimination is on the rise. But it can be difficult to detect.

Companies know they cannot fire or refuse to hire older employees because of their age. Therefore, many opt to loop around the law with strategies that appear benign but are covertly designed to work against their older workers.

Decisions based on factors that, while not directly linked to age, nonetheless have the effect of singling older workers out, amount to constructive discrimination. In one such case I have, the employer alleges that a group of older workers were identified as the least likely to take training to learn new skills and the most likely to retire in the near future. On this premise, they were all fired. Although the company provided them with severance, that blatantly misses the point. Job-related hiring or firing decisions that include considerations such as career aspirations, proximity to retirement, the ability to learn new skills or the propensity to work overtime disproportionately affect the oldest workers. The inherent bias amounts to discrimination.

How are companies skirting the law? A mass termination of a larger proportion of older employees raises red flags. Therefore, one commonly used tactic to camouflage age-related decisions is to gradually restructure, letting older workers go in time-delayed tranches. Another approach is to toss in a few younger employees when downsizing to make it appear the layoffs were impartial. Still another is to subject an older employee to a stressful performance review and then encourage them to resign or retire by offering a minimal severance package or a voluntary separation payment.

These forms of discrimination are the most harmful, as the affected employees are often given fictional reasons for termination. On these false premises, many sign severance packages containing clauses preventing them from later suing. Few discover the truth before it is too late. Fewer feel capable of fighting back.

Human rights tribunals take aggressive stances against employers in these cases, placing the onus squarely on them to justify their decisions were bona fide. So why would any company roll the dice? They know many employees will not come forward for fear of risking the costs, time and publicity associated with filing a legal claim.

However, this may all be changing. Several class-action age-discrimination claims in the United States, alleging that decisions are based on age, not performance, may be a precursor for brewing Canadian claims. In one case filed against IBM, workers allege the company systemically laid off older employees to create a younger work force.

Workers have also sued Google as part of a class-action, claiming the company discriminates in its hiring practices by preferring younger employees. In another case against Amazon and several other tech firms, Facebook ads were allegedly targeted to younger job seekers and configured to exclude older ones.

It won’t be long before Canadian employees join the charge. Nearly 20 per cent of all workplace human-rights claims filed in Ontario allege workplace age discrimination. This statistic is similar in other provinces. And these claims are on the rise.

What happens when a company is found guilty of age-based discrimination? In these cases, human rights tribunals have remarkably wide-ranging powers. Unlike a typical wrongful dismissal case, companies can be ordered to reinstate employees, to provide wage-loss recovery equal to the employee’s entire period of unemployment, and to pay general damages based on the psychological impact of discrimination. A 62-year-old who planned to work for another three years could be awarded her salary until she would have retired.

Workplace age discrimination may just become the next #MeToo movement, resulting in the public shaming of companies that put profits before people, especially those that are closer to retirement. Being found guilty of workplace age discrimination, particularly with the spectre of class-action or group claims, will carry a hefty price tag for offending organizations. No wonder many go to great lengths to mask their intentions.

Casualties of workplace age discrimination need to know that their employer, if challenged, must demonstrate their decision was in no way connected to age. In situations where organizations have impacted a large number of older employees, by far, the most effective deterrent is for claimants to band together in groups or class-action claims. There is more strength in numbers.

To better understand your workplace rights and explore the viability of a claim, we encourage employees and employers to seek legal advice. Whitten & Lublin are happy to provide insight and advice into your specific circumstances. If you are looking for employment lawyers and would like more information about what Whitten & Lublin can do for you, please contact us online or by phone at (416) 640-2667 today.