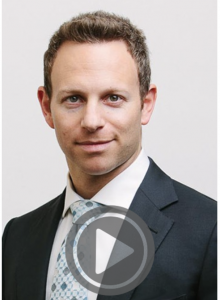 See Daniel’s Report on Business Column in the

Daniel Lublin is a well-known and leading workplace lawyer, media commentator, author and one of the most recommended employment lawyers in Ontario.

Mr. Lublin envisions workplace law as a marriage between employer and employee that often leads to breakdown when one takes advantage of the other. Viewing workplace law through this lens enables Mr. Lublin to quickly identify his client’s objectives – and vigorously pursue them.Some of Mr. Lublin’s career highlights include:

Morgan v. Herman Miller Canada Inc., 2013 HRTO 650 – Prevailed in a two week human rights trial concerning discrimination on the basis of race and reprisal, resulting in a significant award of damages for a terminated employee.

Hussain v. Suzuki Canada Ltd., 2011 Carswell Ont 12251 (ON S.C.) – one of the highest ever severance awards in Canada (a 26 month severance package) given to Suzuki Canada’s longest serving employee.

Adjemian v. Brook Crompton North America, 2008 CanLII 27469 (ON S.C.), a precedent setting case at the Ontario Court of Appeal confirming that wrongful dismissal cases can and should be heard in an expedited fashion.

Camaganacan v. St. Joseph’s Printing Ltd., 2010 ONSC 5184 (ON S.C), prevailed in wrongful dismissal case, securing a 16 month severance package for a client who was only offered only 6 months by his employer.

Nasager v. Northern Reflections Ltd., 2011 ONSC 5872, which is an appeal court case, where Mr. Lublin successfully upheld a judge’s decision that his client should be awarded a 6 month severance package where the employer gave him only 5 weeks.

Mr. Lublin is regularly consulted by other practitioners for assistance in employment-related matters and has been retained by employers in the United States and the United Kingdom to assist in managing the human resources implications of conducting business in Canada. Mr. Lublin is also frequently consulted by employees and executives across Canada to provide assistance with their workplace-related disputes and in the negotiation of their employment contracts and severance agreements. Mr. Lublin is the chair of the Law Society of Upper Canada’s program “Employment Law for Paralegals” and he has appeared as a speaker at numerous events.

Daniel Lublin graduated from the University of Western Ontario and was awarded a prize in Labour Law.

Some of Mr. Lublin’s recent news quotes and journal publications are listed below:

Daniel can be reached at dan@whittenlublin.com.

The biggest mistake you can make when changing jobs is to agree to an unfavourable employment contract. Be on the lookout for probation, termination, contractual changes, non-solicitation, and non-compete clauses.

Daniel Lublin can be reached at dan@whittenlublin.com

“Daniel Lublin was a life vest in a storm. I recently ran into serious problems with my employer that required expert legal advice. After a different lawyer was unable to provide me with a game plan, I decided to retain Daniel Lublin to help me navigate through the problem. This was an excellent decision. Daniel was able to devise, implement and then execute a strong legal strategy. The strategy was well thought out and demonstrated experience and expertise (something that was lacking with the other lawyer I spoke with first). Daniel also saw the plan through and was both accessible and vested in the outcome. This was apparent when my former employer tried to throw a few curveballs at us. Daniel was able to adjust the plan where needed and still swing for the fences. In the end, I was unconditionally satisfied with the result and Daniel’s assistance. His legal fees were also reasonable and consistent with what we agreed to from the outset. If you need a lawyer to help you when you’re in a workplace legal bind, I wholeheartedly recommend contacting Daniel Lublin.”