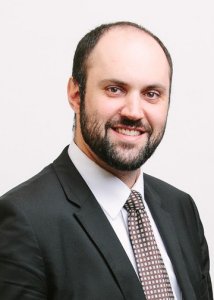 Daniel Chodos never backs down from a fight – whether as a competitive athlete or a courtroom litigator.  It is through this tenacious “will to win”, that Daniel pursues the interests of his clients.

An experienced employment lawyer, prior to joining Whitten & Lublin, Daniel worked at two of the most respected labour and employment law firms in Canada, where he advised both employees and employers in resolving, whether through litigation or mediation, the various types of disputes that arise within the employment relationship.  In these roles, Daniel gained experience in drafting and negotiating employment and consulting agreements, representing employers in collective bargaining negotiations and arbitrations and he has developed particular expertise in workplace violence and harassment matters, including conducting workplace investigations.

Daniel has represented both employees and employers before numerous administrative tribunal hearings and in the courts, including the Ontario Superior Court of Justice, the Ontario Court of Appeal, the Ontario Labour Relations Board and the Human Rights Tribunal of Ontario.

Prior to starting his legal career, Daniel gained notoriety for his chronicles of the successes (and failures) of the Milwaukee Brewers baseball club.

Daniel’s legal successes include the following:

Daniel Chodos can be reached at dchodos@whittenlublin.com.

“Coming from a family of accomplished lawyers I was critical in my search for a top firm to assist me with a termination matter. We were fortunate to find Whitten Lublin through a peer reference within the legal community. I had already retained another fairly well known employment firm initially but was encouraged to get a second opinion. Luckily I did. I was blessed to be connected with Daniel Chodos whom immediately established a level of trust, expertise and integrity that convinced me his counsel would ensure the best possible outcome in my best interests. Of importance, and sadly absent in some lawyers, was Daniel’s unbridled compassion, acknowledging and understanding the stresses and challenges of these situations, while still subtly nuancing the importance of the goals of the negotiation process. An effective communicator, always responding in a timely manner with a sense of urgency throughout the entire process. In my experience, his client centricity is unprecedented and not only deserves recognition but others would do well to emulate. I am not only an avid fan now, but will be ensuring all my employment contracts are reviewed by Daniel before I commit. Brilliant work Daniel!”