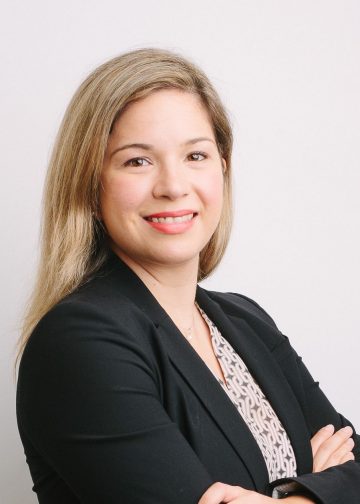 Simone Ostrowski is a workplace lawyer who knows how to excel at her work.  In 2013, Simone was awarded the prestigious Law Society Medal for Outstanding Achievement, which is reserved for only a small percentage of graduating students from each law school and she is a past Dean’s Honour List recipient, which recognized her grades as at the top of her class.  Simone has also received awards in Human Rights law, a practice area where she has a particular interest – as it involves helping people at a time when they are in need.

Simone has practiced employment and labour law since 2014.  As a workplace lawyer and litigator at Whitten & Lublin, Simone assists employees and employers in all aspects of workplace law, including:

Some of Simone’s diverse case experiences include:

Simone has appeared before several courts and tribunals, including the Ontario Court of Appeal, Superior Court, Ontario Labour Relations Board, Human Rights Tribunal of Ontario, the Canada Human Rights Commission, and the Workplace Safety and Insurance Appeals Tribunal.

Simone has written several papers and presentations on employment law issues, including presenting at the Law Society’s 21st Annual Employment Law Summit in October 2020, the Ontario Bar Association’s Annual Update on Human Rights in May 2016, and various presentations for the Human Resources Professionals Association in Toronto.

Simone has a passion for writing and presenting on employment, labour, and human rights law topics. She has written various articles and appeared as a speaker on panels involving human rights law.

Simone Ostrowski can be reached at simone@whittenlublin.com